Tayla: Hi, guys. So as you might have seen, we’re running a series of interviews where we’re going to talk to each of the Daisy digital so that you can get to Meet the team. So here with me we have Audrey. Hello. So, Audrey, what do you do at digital marketing?

Audrey: So I work on the design side here at Daisy Digital. So I do logo designs as well as pamphlets and print as well as social media. But we really do a mix of things here as well as some photography shoots or just a whole bunch of stuff, which is really great.

Tayla: And what is your greatest achievement since you started here?

Audrey: Um, I’d have to say this really cool insert that I made for a yoga mat that just goes inside to sell. But I really think that it’s always an achievement with a client that, you know, ends up happy with the work that you produced.

Tayla: Totally agree. Who is your ideal client?

A: Someone that is definitely open to ideas who is willing to push the limit and go, you know, a bit more creative, think out of the box and also just have a different outlook on their work producing.

T: What is your favourite marketing campaign and why?

A: Bud Light. I don’t know if anyone knows about them, but they are a beer company in the States, but they have some really cool advertising where for one event they went around and took like all these different interviews and tried to get all these contestants to win a spot where they actually developed a whole town in the middle of America and just called it whatever. And it’s called Bud Light, whatever campaign. And they just had a festival with all of us, you know, amazing stars and music and games and food and fun.

And it’s like it’s just a really cool idea.

T: Wow, that sounds awesome. So when you were young, what did you want to be when you grow up?

A: I really wanted to be a magazine photographer. So like a commercial photographer for the covers of really cool magazines, high fashion, you know, something like Rolling Stone or Annie Liebovitz.

T: Cool. Not too far off doing that. What inspires you?

A: Photographers really inspire me a lot. I just love seeing the emotion and the images. But to be honest, I really been on a podcast buzz lately. And just, Andy J. Pizza is a really cool artist. He has a really good podcast just for creative pep talk. That’s actually the name of it. And yeah, it’s great.

T: I’ll have to check it out. Room, desk and car. What do you clean first?

A: I would probably have to say desk because it’s easiest.

T: Haha Thanks, guys. Keep tuned and we’ll interview everyone else. 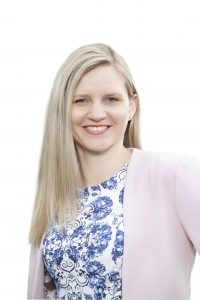 Welcome to Daisy Digital Marketing and Web Design. Supporting small/medium business with all things marketing. We are passionate about top quality service and results.